I’ve been in Kazakhstan for the past two weeks on an exchange program, but just realized some friends don’t know much about it. Below, I’ve listed a few key facts you might store in your head and share with others:

It should be. It’s the ninth largest country in the world. Its borders trace the heart of Asia, including Soviet gulags on the Siberian steppe, pine forests on the Chinese border, desert ruins and lush farmlands along the Silk Road, and Sufi mystics who once lived in caves along the almost dried-up Aral Sea.

Sacha Baron Cohen’s raunchy comedy was a fantasy filmed in Romania and America—and isn’t about Kazakhstan.

Instead, watch the funny coming-of-age movie Tulpan, or the warrior movie Myn Bala for free on Amazon Prime. Babies is on Netflix. It’s technically set in nearby Mongolia but looks just like a yurt with Kazakh babies.

Almost all kids go to school, everyone can read, and many kids go on to college. The middle class is focused on educating their children, and Kazakhstan strikes a great balance between respecting elders and cherishing children. Young adults study abroad on government Bolashak scholarships, which means ‘future.’

Russia knocked it for a loop.

Kazakh leaders asked the Russian Empire for help fighting off some invaders back in 1730—and Russia grinned and annexed their territory. They tried to break away during the Russian Revolution—but the Soviets seized Kazakh lands again, forcibly settled nomadic families, and starved half the population. Not nice.

Kazakhstan got its freedom in 1991, but still keeps a close eye on its sweet-talking neighbor to the north. 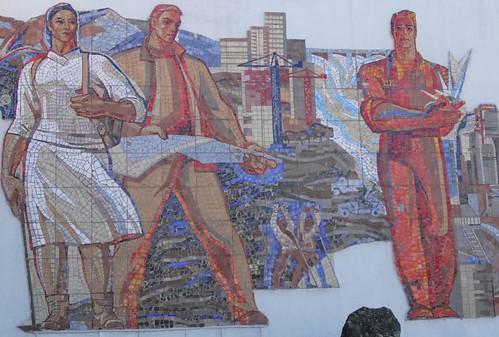 Folks appreciate religion, but they’re a little wary, too.

If you talk with ten citizens, three will be Christian and seven will be Muslim. The government tries to be secular, discouraging religious display. Most Kazakhs care about Islam (and most Russians value being Orthodox Christian) but don’t strictly observe the same practices as Arabs do. Instead, they visit a church or mosque as needed, say prayers at family events, and generally try to be good people,. In the cities, I see more people reading self-help and business literature than devotional literature, as I’ve written about here.

Kazakhs think of themselves as a historical people—

If you ask Kazakhs to describe their culture, they’ll talk about living in yurts on the steppe, herding sheep, hospitality to strangers, respect for elders, demure femininity, brave young warriors, clans and tribes, respect for God and nature, and a fierce independence. Music videos often feature mythic images of little girls or boys running across the steppe, as in Qaraqat’s Precious Grandmother or Urker’s My Homeland.

—but they live in the present.

Banking, information technology, oil and gas, and construction are major industries. Almost everyone has a smartphone, and news spreads around the country by text and through online forums. There’s a growing fashion industry and film industry. And when I talk with folks in the cities, our conversation tends to focus on salaries, mortgages, paying for college, and supporting young folks as they get married and have kids of their own. 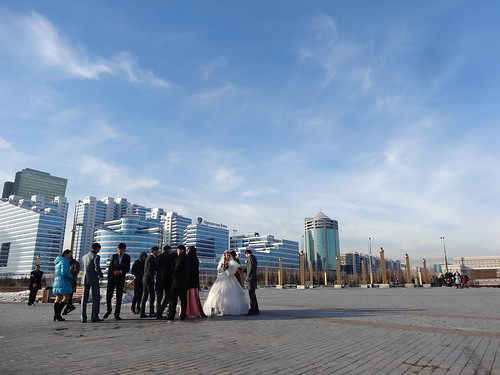 Where to learn more:

If you’re curious, I wrote a lot over the three years I lived in Kazakhstan!

Read my posts on Mary Kay and Avon, my picture book on how Kazakh yurts are made, instructions on where to bathe naked, stories of living with Kazakh roommates, and how people get married. Learn what to eat in Kazakhstan, what to do in case of an earthquake, what the four seasons of snow look like, and how to dress when it’s -40 outside. Vacation in the Switzerland of Kazakhstan or in the south. Learn how to catch a street taxi, visit a Soviet prison camp, and find a new name for your Kazakh baby.

If you’re looking for a longer read (how can I not say this? I’m a librarian!), try the travelogue The Land That Disappeared, a kids novel on adoption called Half a World Away, a basic cultural overview, a story of Soviet kids exiled to Kazakhstan in Between Shades of Gray, or a lovely memoir of living in rural Mongolia called Hearing Birds Fly.

Again… I’m cheating by including that last one, but Kazakhs live in both Mongolia and Kazakhstan… and a steppe is a steppe!